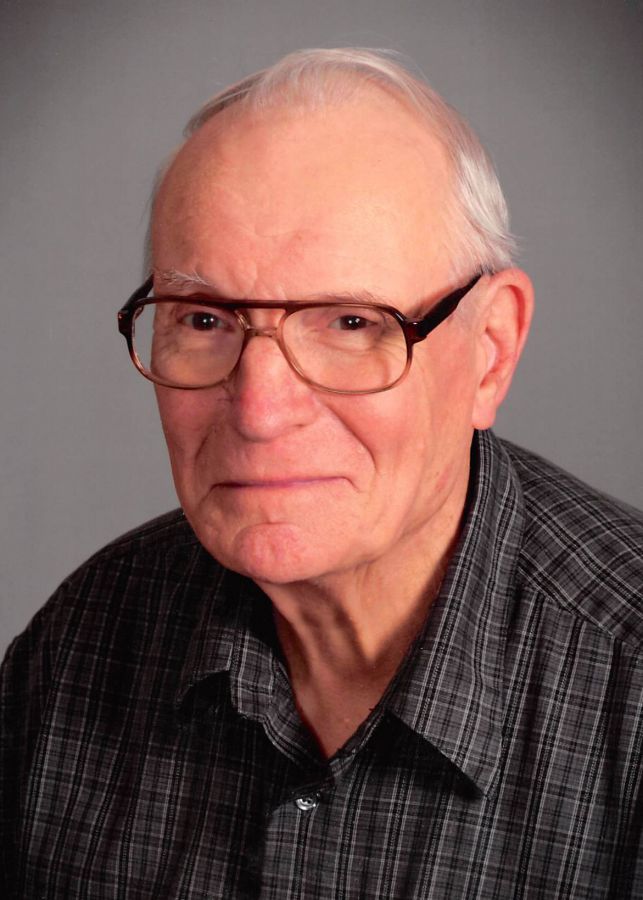 Rev. R. Douglas Tharpe, 83, of Dumont, Iowa, passed away Saturday, March 30, 2019, at the Rehabilitation Center of Allison. He was born in Hubbard, Iowa, on September 7, 1935, the son of Elmer James Tharpe and Florence (Hill) Tharpe. Doug graduated from Cherokee High School, then attended the University of North Dakota at Vermillion, majoring in Radio Communication and Technology.

After college graduation, he served in the U.S. Army, primarily in Alaska. On December 23, 1958, Doug married the love of his life, Joy Lavonne (Stanford) Tharpe, who preceded him in death on December 10, 2008. They raised four daughters.

He had a colorful career in radio, mainly as an on-air personality. Doug worked for numerous radio stations in Iowa. He received God's call to serve as a minister of the United Methodist Church and attended seminary at the University of Dubuque Theological Seminary from 1976 to 1979, achieving a Masters of Divinity.

Doug began his ministry in the United Methodist Church in 1979 and served many charges across Iowa. From the airwaves to the pulpit, he touched many people and will be remembered as a great communicator. Doug took pride in his many years of service to numerous ambulance services and the communities they served.

Doug was a dedicated and faithful pastor. I loved to visit Plainfield where Doug and Joy served as a ministry team. Doug was always so willing to serve where needed even when it meant a long drive to Evansdale. I remember our theological conversations with fondness. A couple of weeks ago, I came across the autobiography that Doug signed and gave to me. I treasure it even more now. My love and prayers are with you in your time of loss.

Oh, Krista. My heart goes out to you As I know you have spent some quaslity time with Dad in his last few months. Prayers for you, your sisters and extended family. Good memories will always be there.

We send you our love, sympathy and prayers at the loss of Doug. He was a good pastor and a good friend. We have lots of good memories as friends and I as his secretary for many years. We always had a good time together. Kelly, Karil, Karla, and Krista please know we are thinking of you at this time. May you feel God's loving presence with you and may the love of family and friends bring you peace within your hearts. Love, Jim and Penny

Doug was God's servant. He loved the Church and his parishioners. He treasured his family. He missed Joy everyday of his life since her passing. Doug, received God's blessing, "Well done good and faithful servant" today. Prayers for his family in this time of loss. Rev. Jackie Bradford

The attached photos are added to the memorial of Rev. Douglas Tharpe to help share their legacy.

Thank you for sharing your memory of Rev. Douglas

Help friends and acquaintances of Rev. Douglas leave memories by sharing to Facebook