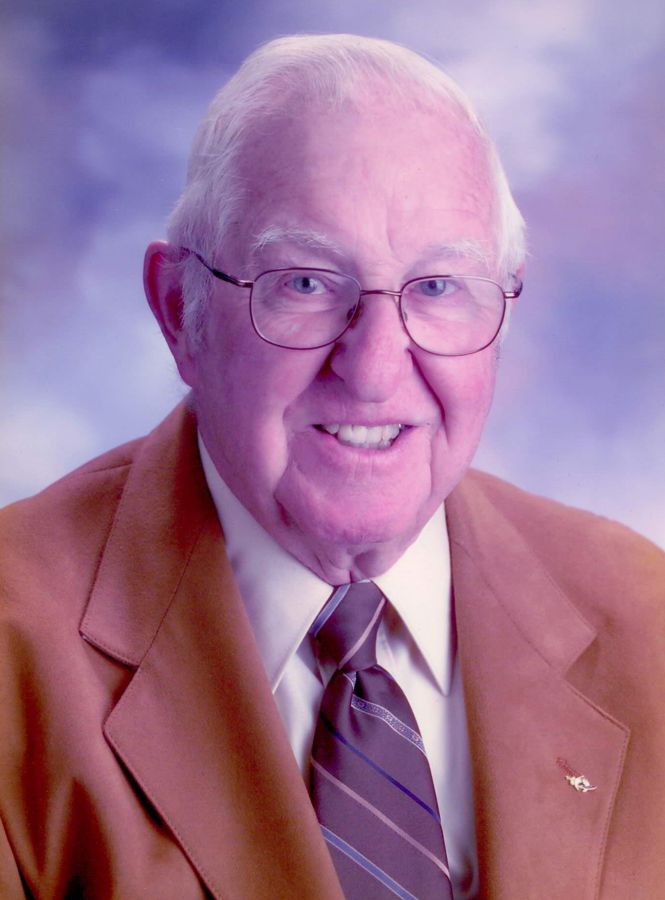 John graduated from Lamont High School and after spent a short time in the Navy. Then, he attended Iowa State University, where he was an active fraternity brother of Alpha Gamma Rho, and earned his Bachelor's degree in Agronomy.

John was united in marriage to Betty Hiatt on November 5, 1954, in Clarion, Iowa. He co-owned the John Deere store in Hampton. John sold his shares and along with Betty, they built and ran the Trico Lanes Bowling Alley. He later became a field supervisor with Farmers Mutual Hail Insurance. John and Betty enjoyed hobbies such as houseboating on the Mississippi River and snowmobiling.

Beyond his work, John, was an airplane pilot, a Shriner, a 50 year member of the Masonic Lodge, and one of the longest members of the Hampton Country Club. In retirement he enjoyed playing golf, several fishing trips every summer to Canada, caravanning across the U.S, international travels, and was an active member of the WBCCI Airstream Club.

When he was not traveling Papa John could be found with his family attending his great grandchildren's ball games, Cub scout meetings, and fishing trips. He was also especially fond of having coffee every week day with his friends at the Rustic Brew.

He is preceded in death by his wife Betty Thompson and his parents George and Iva Thompson.


In lieu of flowers, memorials may be directed to John's family.

Always enjoyed the lazy days on the Mississippi with John and Betty. Dick also remembers good times with Betty at Tripoli High School. Dick has been reliving happenings during his time adjusting with John. Good memories.

I was sorry to read about the passing of Mr. John Ivan Thompson. Death was never part of God's plan for mankind. Please accept my deepest sympathies. May the God of comfort give you peace during this most difficult time. Ps 116:15.
Sincerely,
Cynthia

Scott, you and your family are in my thoughts and prayer!

Rest In Peace John Thompson . You left us with such fond memories and so many stories! You will be missed! RoseMarie & Gary Anderson, Panama City Florida.

I was sorry to read about the passing of John Ivan Thompson. Death was never part of God's plan for mankind. Please accept my deepest sympathies. May the God of comfort give you peace during this most difficult time. Ps 116:15.

The attached photos are added to the memorial of John Ivan Thompson to help share their legacy.

Thank you for sharing your memory of John