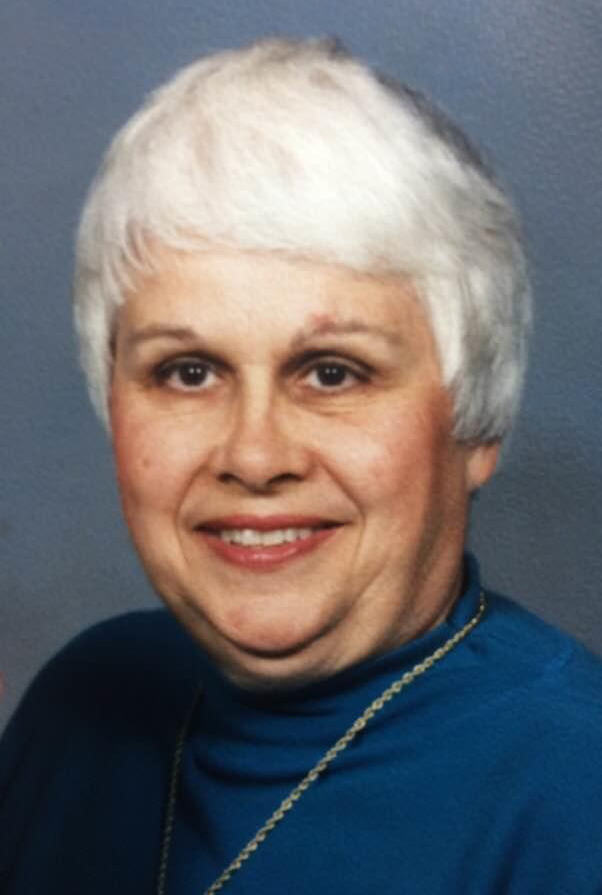 Regina Ellen Artley, 86, of Albany, Minnesota, formerly of Hampton, passed away Tuesday, March 31, 2020, at Mother of Mercy Campus of Care in Albany, Minnesota. She was born March 2, 1934, in Harrison County, Iowa, to Emory and Daisy Mae (Guyett) Kiger.

Regina graduated from Spirit Lake High School in 1951 and then attended the University of Northern Iowa, where she earned a Bachelor of Arts degree. She began teaching kindergarten in Hampton in 1953. She was united in marriage to Gordon Dean Artley on August 15, 1954, in Spencer, Iowa. They made their home for almost 60 years on the family farm west of Hampton.

Regina was a teacher in Hampton for over 40 years, where she demonstrated a passion for working with children with special needs. She was a member of the Order of the Eastern Star, Tri-T, Treble Clef Club, AAUW, and the Delta Kappa Gamma Society. She and Dean were also longtime members of the Hampton Municipal Band. Regina was a faithful, dedicated member of the United Methodist Church in Hampton. She enjoyed reading, cooking, and welcoming family and visitors from all over the world into their farm home.

Regina is survived by her daughter Susan Artley Huls (Jerry) and son David Artley (Andrea); grandchildren Alex Huls (Bethany), Sean Huls, Laura Huls, Carson Huls, Sophia Artley, and Elisabeth Artley; and great-grandsons Lachlan Huls and Harrison Huls. She is also survived by brother Conrad Kiger (Mary Ann), sister Elaine George, brother John Kiger (Ellie), and many loving nieces and nephews, who were very dear to her and always welcome in her home and at her table.

She was preceded in death by her parents, husband Dean in 2008, and infant daughter Nancy.

Mrs. Artley was a wonderful person and very special to my sister, Mary Elizabeth. I remember her calling my sister “Mary Mouse” because she was so quiet. This was at a time when most Down syndrome children stayed at home with their parents, did not go to school or have jobs. My mom was adamant that was not going to be the case with Little Mary. I’m not sure how my mother came in contact with Mrs. Artley and Mrs. Baltes but this was a life changer for Mary. She went every day to “school” at a house across from the old middle school. Later, Mary also was able to go to the middle school and participate in gym and music. What a pioneer Regina was for children like Mary. Bless her and her family and thank God for giving us people like her.

Thinking of your family.....My sister Sally always enjoyed your Mom one
her favorite teachers.

Reg touched so many lives in a positive way. She was always a gracious host to our family. She will be missed by all. Rest in peace,
Paul Flint

I had many years of teaching next to Reggie watching her "tough love" do great things
for her students. She had a tremendous impact on many people's lives.
Condolences to her family.
Jack and Denise Schroeder

The Ziegler "Kids", Ann, Kenton, Jane, and Julie have very fond memories of spending time on the Artley Farm with Dean and Reggie. We're saddened by Reggie's passing and pray for her family.

Mrs. Artley was such a wonderful person. So caring and loving.

I am saddened by the loss of such an extraordinary life. Regina’s gift to this world will live on in the many lives she touched and taught.

Reggie was a gentle soul. I enjoyed sharing time and faith with her.

The attached photos are added to the memorial of Regina Ellen Artley to help share their legacy.