Keith Duane Kothenbeutel, 84, of Hampton, Iowa, passed away Friday, November 6, 2020, at MercyOne North Iowa Medical Center in Mason City. He was born on December 24, 1935, in Hampton, to Oliver and Meta (Bruns) Kothenbeutel.

Keith graduated from Hampton High School, class of 1954. He attended Iowa State University and received his Bachelor's Degree in Business Administration from Mount Senario in Lady Smith, Wisconsin. Keith served his country in the United States Air Force, United States Army Reserves and the Iowa National Guard, first joining at the age of 17. Throughout his military career, he was in the National Guard for 23 years, where he was a unit administrator and was a training instructor at Ft. McCoy for 14 years for the Army; he retired in 2000 from the Army Reserves.

Keith met Judy Scantlebury at school in Hampton. On August 25, 1972, he went from a footloose and fancy-free bachelor to a husband and father of 3, when he adopted Joe, Scott and Kellie. Keith was a wonderful father and treated them like they were his own. He had the opportunity to coach his boy's baseball team and never missed a sporting event they were involved in. Keith enjoyed his family, especially his grandchildren and great-grandchildren.

Keith worked for John Deere in Waterloo, was a sales rep for Dealers Hobby Supply in Des Moines for nine years, was a sales rep for Moormans Feed Company, worked for Sukup Manufacturing in Sheffield, and drove transit twice a day in Hampton for the past 10 years. He along with his brother and sister-in-law, Don and Joann Kothenbeutel, co-owned Drierdale Restaurant in Hampton.

Keith enjoyed pistol target shooting, woodworking, building wooden models and had a blade sharpening business. He had a passion for flying and was a licensed private pilot, loved motorcycling with his wife Judy, and was an avid Iowa Hawkeyes and Green Bay Packers fan. Keith would often be seen around town walking his beloved dogs, Max (deceased), Ruby and Lola.

He was preceded in death by his parents Oliver and Meta Kothenbeutel.

Keith had a great capacity to love all of his family and friends. He will be missed by many.

Cards of condolences may be sent to Keith's family and mailed to Sietsema Vogel Funeral Home, PO Box 403, Hampton, IA, 50441.

Private family services with burial in the Hampton Cemetery will be held. The Sietsema Vogel Funeral Home of Hampton is assisting Keith's family.

PRIVATE FAMILY SERVICES WILL BE HELD.
Add to Calendar

Plant a tree in memory of Keith

Keith and I were buddies in 1940Sto 1956 we flew model planes had good time in the early days as livied down block, sorry ffor his passing Judy. from Howard Branson

My condolences to my Aunt Judy and her entire family. Keith was quite the gift to the family and this world. Part of my grief will always be never having had the pleasure of meeting him and getting to know him.

We relatives on Donald Scantlebury are saddened to hear of Keith's passing. Our thoughts are with Judy and all the children and grandchildren.

Sorry to see of Keith’s passing. What a super nice guy. My thoughts and prayers to all his family.

So sorry to read of Keith's passing. Prayers and Sympathy to all of the family!! 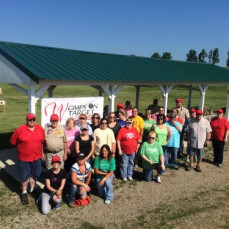 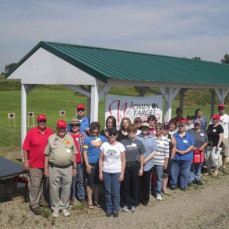 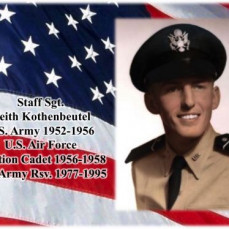 The attached photos are added to the memorial of Keith Duane Kothenbeutel to help share their legacy.