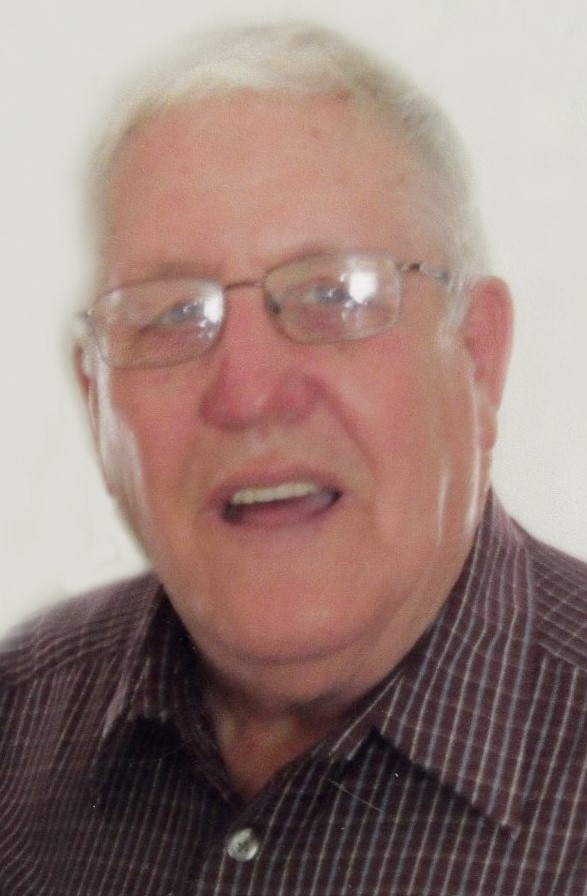 Ernie attended schools in Bradford. He was united in marriage to Charlene Lursen on May 6, 1956, in Hampton.  Ernie owned and operated a garbage service and worked as a machinist at Hampton Hydraulics and Seabee Corporation in Hampton.  He served in the National Guard for nine years.

Ernie was a member of the St. Paul Lutheran Church in Hampton, Hampton Senior Center, and was a former member of the Hampton Lions Club.  He enjoyed participating in bowling leagues, playing bingo, tractor rides, camping, and having coffee with all his friends at Hardee's.  Ernie was very handy; he could fix almost anything.

He was preceded in death by his parents, three brothers, three sisters, daughter-in-law Cindy and grandson Douglas.


Funeral services will be held at 10:30 a.m., Monday, February 22, 2021, at St. Paul Lutheran Church in Hampton, with burial in the Pleasant Hill Cemetery, rural Iowa Falls. Visitation will be held from 2:00 p.m. to 4:00 p.m., Sunday, February 21, 2021 at Sietsema Vogel Funeral Home in Hampton. Those attending Ernie's visitation and service are encouraged to wear a mask.

Ernie was a good man and good friend. Enjoyed working with Ernie and giving Ernie lots of crap. Every now and then I would go up to Hardee's where, I would let Ernie know was where the old people met.

So sorry, Charlene and Charlie and family, he had a hoot of a personality. I lost my mom this year to Covid anyway my feelings are with you ,,

Ernie was always a joy to talk to at Sunday churches. Always early to talk to before and then afterwards. His knowledge about farming, tractors will be missed. Always a positive and cheerful person.

Heaven has gained another angel. I knew Ernie many years ago working at Seabee and more recently became friends with Charlie. My condolences to Ernie's family at this difficult time.

My sympathy to the family. Ernie and Charlene were such great neighbors, watched the boys grow up to be great men. can't believe where the time goes! I had planned to come to visitation today to pay my respects and see the family but the snow made it pretty much impossible but my thoughts and prayers are with you all.. God Bless. Your "old" neighbor Carol (Vestweber) Mennenga

Our sincere sympathy in the loss of Ernie. Former neighbors from many years ago.
LeRoy and Jeanne Meyer Bella Vista, AR

Ernie was always such a kind neighbor to me growing up. I cherished sharing a birthday with him. He always made the day special for me by saying “Happy Birthday” with that twinkle in his eye and sometimes giving me a Susan B Anthony coin. I have fond memories of visiting with him on the back deck. I know his huge heart will be missed by many. My thoughts and prayers of thanksgiving for his well-lived life and peace/comfort during this time are with you all.
- Kimberly (Vestweber) Warneke

Dear Uncle Ernie,I can't tell you how hard it is to say goodbye. I will miss the good times we had talking about cars and other stuff. I always had a good time with you! We have lost so much in the last few months and now you. I try to remember that none of you are suffering anymore!! That helps a little! I also believe God called you take care of John. He left too early as well. We will take care of each other down here until we meet again. I'm happy to have your pickup and if you see me driving it, hop in and we will go to Hardee's or somewhere.
I love you Uncle! Until we meet again! Willie

Loved Uncle Ernie he was a gentle giant. Always enjoyed seeing Ernie and Chuck, my sister, brother and I have very fond memories of him . He will be missed. RIP Ernie ~ Tallie Kehm

You have my deepest sympathy. He was always so friendly. Cherish your memories.

Ernie was a great guy, worked with him at SEABEE and was in Lions with him, He will be surly missed.

So sorry about Ernie. He was a joy to be around.

So sorry to hear about Ernie, my heart breaks for you all. What a great wonderful guy Ernie was. We will sure him!! Hugs to all!! I bet him and Dad have a lot of catching up to do.

The attached photos are added to the memorial of Ernest LeRoy Willms to help share their legacy.

Thank you for sharing your memory of Ernest