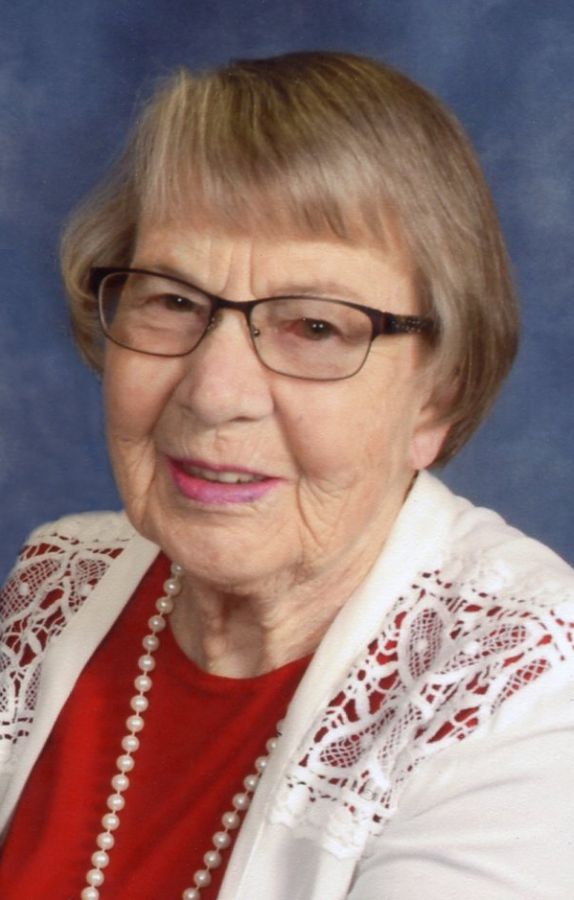 Ellen attended Prairie Side #9 Country School thru 7th grade. She then attended and graduated from Franklin Consolidated in Latimer. Ellen met George Dirks and they were united in marriage on April 1, 1961, in Chapin.

She worked for the United States Post Office for 30 years, working in Meservey, Mason City and Hampton, and retired on June 19, 1991. Ellen was an officer on the county, district, and state level for the Iowa Rural Letter Carriers Auxiliary, as well as an officer for the American Legion Auxiliary in Meservey. She was a member of the Candle-Stick Chapter National Daughters of the American Revolution, where she was chapter officer and regent, and was a long-time member of the Hampton United Methodist Church. Ellen was instrumental in getting the NSDAR plaque on a stone for the Old Stone House near Geneva. She enjoyed playing golf and caring for flowers.

My deepest sympathies to your family.

George and family, so sorry to hear of the passing of your wife and mother, May she rest in peace.

Love and prayers George and family . I have many fond memory’s and miss our visits and time we spent together Audrey and Howard Powers

My heart is heavy. Sending hugs for my friends.

Jim and I send condolences and prayers to you, George, on the passing of Ellen Kay. You'll have so many good memories that will comfort you over the next months. Thinking of you at this sad time,
Jim and Wendy Murphy

George we are so sorry to hear of Ellen Kay’s passing . You have a lifetime of memories to hold near and dear to your heart. I still have the golf clubs that I bought from Ellen Kay in Aztec. Prayers are coming your way. From Ken and I.

From the time I first met Ellen, at the Old Stone House during the time she was trying to get the National declaration, I immediately liked her and ever after was drawn to her in far ranging conversations about lots of things we both enjoyed. George, our hearts know you will miss her so much. We pray God’s comfort and peace to surround your family and you. Ellen will not be forgotten by us. Deb and Tim Harrison

George, so sorry to hear about Ellen Kay. Our prayers are with you.
Augie and Sandy Korchinski

George, sorry to hear about Ellen Kay, we all had fun when we were neighbors for so many years. My mom passed away of Covid related illness in Nov2020 . My feelings are with you

Darrell Paullus
Sorry for your loss George, Ellen Kay Was a good teacher to me when I was learning the various duties at the Hampton Post Office.

So very sorry for your loss George and Rita. You are in my thoughts and prayers.

Sympathies to the family. Ellen Kay was a special lady that I have known for 55 years. So sorry for your loss George, Ross and Rita.

I used to go visit her at apple valley. Prayers headed your way.

The attached photos are added to the memorial of Ellen Kay Dirks to help share their legacy.

Thank you for sharing your memory of Ellen